Meet Our Staff / Board of Directors / Lay Delegates 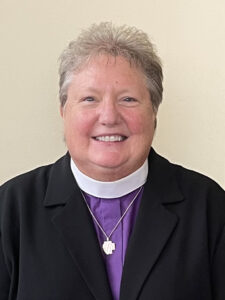 Rev. Renae Phillips has served as clergy in Metropolitan Community Churches since 1989 and was ordained in 1993. She was the Pastor of Metropolitan Community Church of Lubbock for 23 years. After moving to Florida in 2016, Rev. Phillips served as Volunteer Clergy with SunCoast MCC and as the Transitional Pastor of Church of the Trinity MCC. She was the recipient of the Ed Paul Transitional Ministry Award in 2019 for her work at COTT.

Rev. Phillips has served on various committees in the denomination including the Board of Ordained Ministry, the South Central District Committee, as a Network Leader and currently as a Mentor in the Thriving in Ministry Program. While serving in Lubbock, TX, Rev. Phillips served as President of the Lubbock HIV/AIDS Consortium for three years and Vice-President for one year.

She was also an active participant on other local committees such as the Major’s Task Force for Diversity, the YWCA’s Week without Violence, and as a member of the Texas Tech Counselor Education Advisory Board and the Lubbock Ministerial Association. She was a recipient of the 2004 Get Involved Award from the Lubbock Volunteer Center for her service as the director of the Ryan White Food Pantry, which provides food and hygiene for people with HIV/AIDS.

She makes her home in Venice, FL with Terrie, her spouse of 29 years, and their two cats, Shelbie and Gracie. Since moving to Florida, pickleball has become one of her passions. Rev. Phillips looks forward to serving as the Interim Pastor at King of Peace MCC and all the good work God has in store! 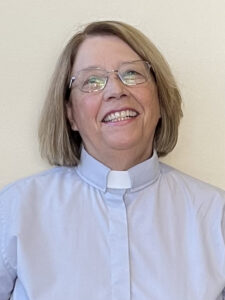 Lorraine was born in Paterson, NJ, and was raised a Roman Catholic. She has two brothers and two sisters.   In 1969, she entered the Franciscan Sisters of Alleghany.  Upon leaving the Order in 1979, she finished up her BA degree in education at Eckerd College in St. Petersburg, Fl.  Lorraine taught in the public school system for 20 years. Lorraine began attending King of Peace in the 90’s.

She officially retired in 2015.  However, in 2021 she was given an opportunity to serve King of Peace once again as Pastor of Congregational Care.

She continues to enjoy sports and plays golf as much as she can. 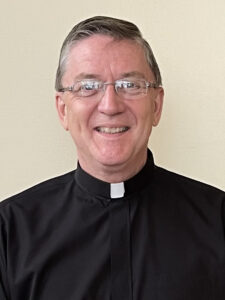 Originally from Canada, Ray has lived all over having had parents who were Salvation Army Pastors. However, he considers Newfoundland, Canada as his home. He was raised from infancy attending the Salvation Army. He credits that upbringing to his initial introduction to social justice. In early adulthood he was ordained in the Salvation Army and served two congregations in Newfoundland before moving on to his second career.

In 1992 he graduated from St. Clare’s Mercy Hospital School of Nursing in St. John’s, NL and moved to the USA to help counteract the shortage of nurses at that time. He went on to obtain his BSN and MSN. Next year marks his 30th year in the Nursing profession. He currently works as a Nurse Manager at the VA Bay Pines Medical Center.

He initially became a member of MCC DC in 1997 when he heard an amazing gospel choir in a Pride Parade. Once he learned the choir was from MCC DC, he started attending, having never heard of MCC until then.

In 2013 he and his partner, Dennis, of 22.5 years moved to Florida and started to attend King of Peace. As he became more involved, he once again began to feel the call of God to ministry. He obtained a Master of Theology from St. Leo University and was eventually ordained as a minister in MCC July 17, 2021. Prior to ordination Ray served at King of Peace as a Lay Delegate, Board Member and active on the Altar Ministry, Stewardship, and Congregational Care teams. He is currently bi-vocational working as a Nurse Manager and a part time Pastor at King of Peace. He is currently enrolled at Brite Divinity School in the Doctor of Ministry Program.

Ray and Dennis reside in Safety Harbor with their Miniature Schnauzer, Schrunchion. Ray has one adult daughter, Laura, who lives in Newfoundland with her partner Terry-Lynn. His first daughter passed prior to her 4th birthday as a result of brain cancer.

Ray is excited to be re-igniting his call to ministry with MCC at King of Peace and to be working with such an amazing team as Rev. Renae Phillips, Rev. Lorraine Brock, Jeremiah Cummings and Melanie Vannozzi. He truly believes that God has great things instore for this wonderful congregation as they continue to seek God’s guidance in how they can share the love of Christ with those whom other churches see as not being worthy. 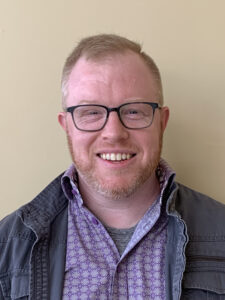 Originally from Camden, OH, Jeremiah was raised in the Pentecostal tradition, where he served in both the Church of God (Cleveland, TN) and Assembly of God.  In 2004, his whole world changed when he heard about Rev. Troy Perry and the ministry of MCC.

Jeremiah is a graduate of Florida Atlantic University, where he earned a Bachelor of Music degree with concentration in Vocal Performance in the studio of Dr. Patricia P. Fleitas.  As a performer, he has been blessed to sing in Ireland and London, as well as sing backup vocals for country queen Dolly Parton and gospel artists Geron Davis, Karen Wheaton and Alvin Slaughter. Through his work in music ministry, he has helped create and lead worship at MCC’s General Conference, Young Adult Network Gatherings and has served as faculty for the Moderator’s Leadership Mentoring Retreat.  In 2015, he was honored with MCC’s “Bob Crocker Award for Excellence in Music Ministry”.

Jeremiah shares his passion for music with his husband, Ricardo, and he is the oldest brother of two, uncle to two nephews, and father of Minnie, a wire-haired terrier mix.   His Pentecostal pastor-grandmother is his hero and was the first one to encourage his musical gifts when he started singing in church at the age of three.  When he isn’t working, he enjoys going to movies, amusement parks, musical theatre, and using his crockpot to cook dinner. 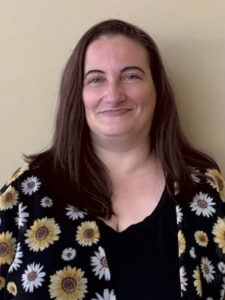 Originally from Staten Island, NY, Melanie was raised in Richmond, VA. She is a graduate of LC Bird High School and later attended John Tyler Community College. She worked for Chesterfield County Public Schools and the Chester YMCA as a school bus driver for 15 years.

In 2017, Melanie and her family relocated to St. Petersburg, FL to be closer to family. She was offered a bus driver position at The Princess Martha in Downtown St. Pete, and in August 2018, she was promoted to Activity and Transportation Director. In 2021, after a lot of prayer, Melanie was called to King of Peace as Church Administrator.

Melanie has been very active with non-profits, such as the Chesterfield County Food Bank, Chester YMCA, Calvary Baptist Church, Harrowgate Elementary and LC Bird PTA. Her most important role is being mom to Anthony & Vanessa (twins), who are 25, and Mimi to her sweet granddaughter Paisley Rose, who is 3. She loves to thrift, she loves crafting, and spending time with her family in her free time.

Our Board of Directors

You may email our Board of Directors at board@churchstpetersburg.org 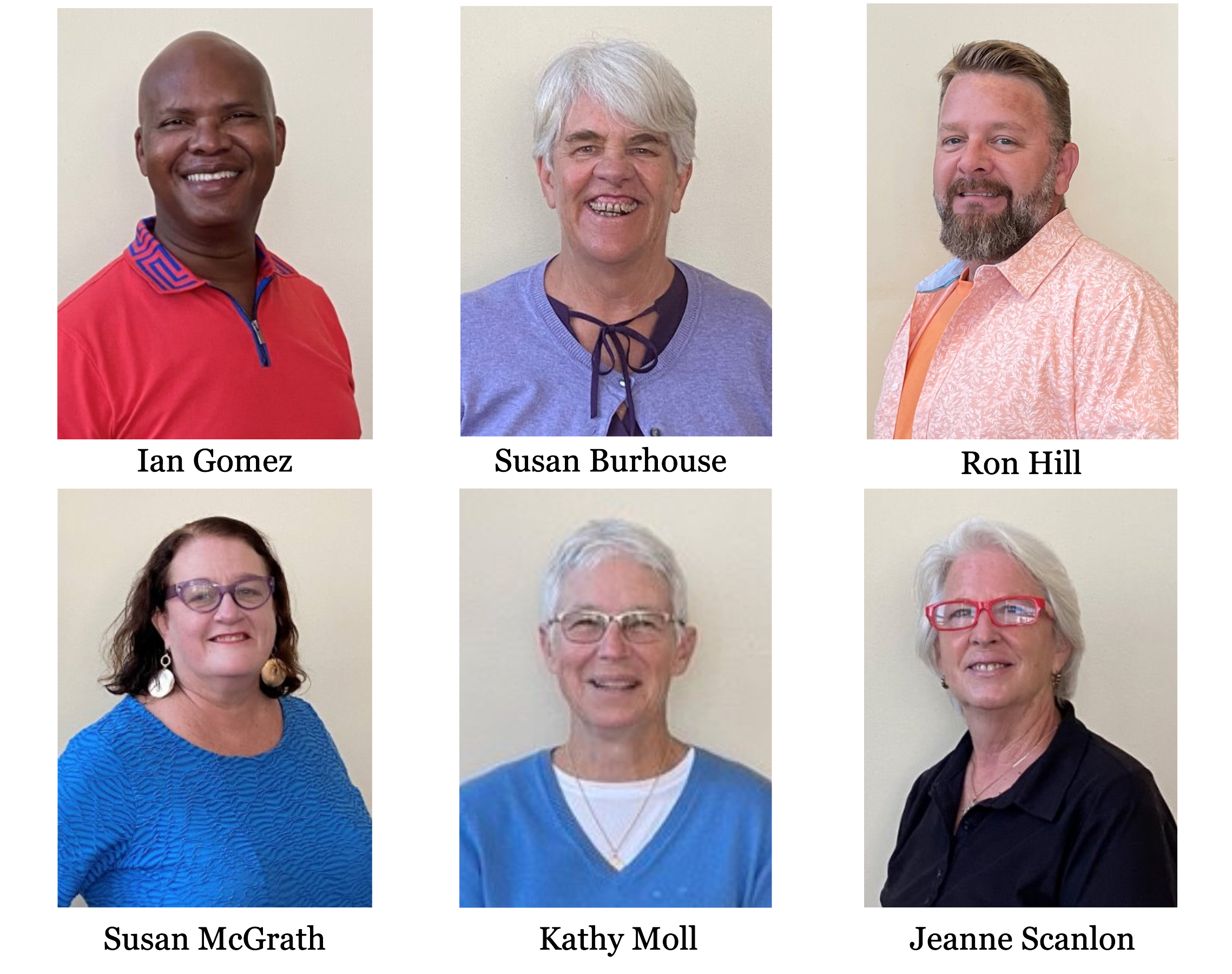